a campaign in which a politician makes short stops at many different towns. The expression was first used in the US, where small American towns were called ‘whistle-stops’ because trains only stopped at them if a whistle signal was given. President Truman was well known for his whistle-stop campaigns, during which he made speeches in many small towns from the platform on the end of a train. 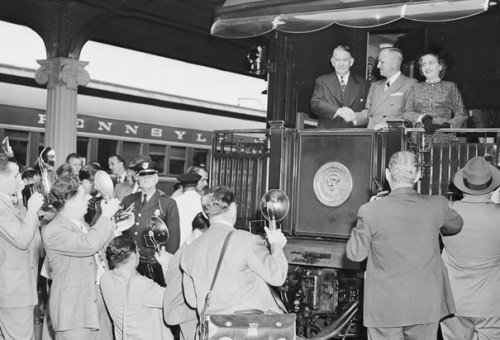