In the news… Paul Krugman / Starve the beast: Fiscal calamity is the GOP’s plan to shrink government 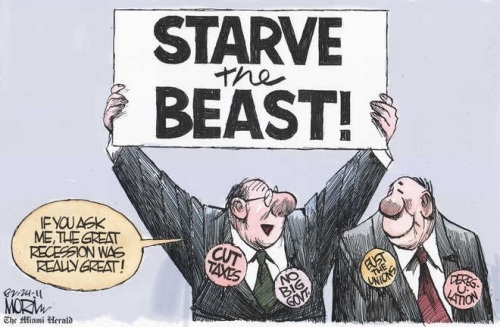 a campaign in which a politician makes short stops at many different towns. The expression was first used in the US, where small American towns were called ‘whistle-stops’ because trains only stopped at them if a whistle signal was given. President Truman was well known for his whistle-stop campaigns, during which he made speeches in many small towns from the platform on the end of a train.

A literal doughface in the 1850s was a mask made of dough or papier-mâché. These were sometimes worn as a practical joke to frighten people. Political doughfaces were northern congressmen so spooked by the threat of civil war-“scared at their own doughfaces” as one critic put it-that they were willing to compromise with the South on the slavery issue. Southern politicians later adopted the term with the opposite meaning-colleagues from the South who didn’t defend slavery staunchly enough. Both sides despised doughfaces. Eventually, “doughface” became a general nickname for a politician whose principles were flexible on any issue-especially if money formed part of the equation.

A dual ticket in which the running mate is believed to be more impressive than the principal candidate. This relationship is analogous to a kangaroo’s legs: its hindquarters are more powerful than its front legs.

The term may have been coined during the 1932 presidential election between Franklin D. Roosevelt (D) and Herbert Hoover (R). Many Democrats of the day considered Roosevelt to be a weak nomination. When John Nance Garner (Speaker of the House) was picked as Roosevelt’s running make, one Democrat complained, “It’s a kangaroo ticket: stronger in the hindquarters than in the front.”

Romney runs the risk of a Kangaroo ticket with a Rubio pick. While I agree with you on his naked ambition, I think Rubio has some real political skill. Far more than Mitt. (4/17/12)

a self-deprecating nickname for a plane carrying journalists accompanying a politician. On zoo planes, the animals are reporters waiting hungrily to be fed the next breaking news story. 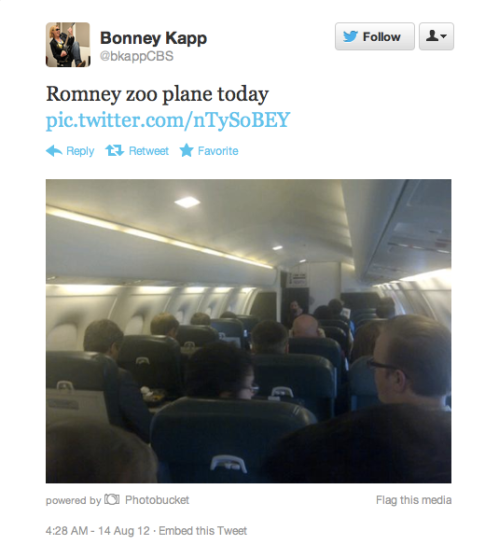 Younger or new members of any group who are impatient for change.
The Young Turks was the name given to a group of army officers who favored reforming the administration of the Ottoman Empire. In 1908 the group rebelled against the rule of Sultan Abdul Hamid. Hamid was forced to summon a parliament in 1908. When he attempted a counter revolution in April 1909, he was deposed and exiled to Salonika. Several political parties were formed but in 1913 power was seized by the Committee of Union and Progress. This was led by three army officers from the Young Turks movement, Enver Pasha (1881-1922), Mehmed Talaat (1874-1921) and Ahmed Djemal (1872-1922). These men supported the Central Powers during the First World War but lost power when the Allies won victory in 1918.

Generally used a derogatory term for long-time politicians who were elected on one set of principles, but then reverse themselves as they spend more time in office

LITTLE MAN ON THE WEDDING CAKE

Thomas E. Dewey, FDR’s Republican opponent in 1944, was a short, tidy-looking man with black center-parted hair and a toothbrush moustache. He had a fussy speaking style and used exclamations like “Good gracious!” It struck one woman attending the Republican convention that he looked like the little man on the wedding cake. When Alice Roosevelt Longworth (Teddy’s daughter), also attending the convention, heard the label, she thought it was hilarious and repeated it to everyone she met. Soon the nickname spread around the country. Dewey’s resemblance to a miniature plastic bridegroom was probably not the deciding factor in his defeat, but his failure to look presidential–even to members of his own party–surely had some negative effect.